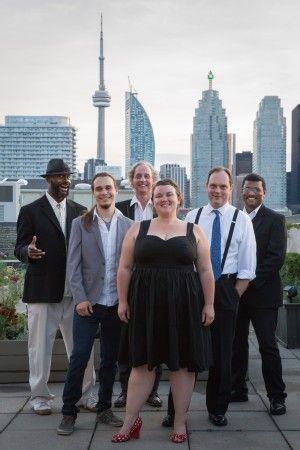 Robert formed the "The Fairest and Best" (www.thefairestandbest.com) in Toronto in 2013 and the band performed throughout Toronto and Ontario until late 2019, which was when Robert moved to Australia. Robert formed and led the band, wrote most of the songs, and shared lead-singing duties with the amazing vocalist Caitlin Holland. The lineup changed over the years but the core of the band consisted of Robert, Caitlin, together with guitarist/vocalist Darryl Wood, and bassist/vocalist Gerry Williams. Other valued members over the years included Brant Garratt, Marko Stojanovich, Jimmy Reilly (guitar), and NIgel Maynard, Tony Nesbit-Larking, and Justin Han (drums)

Combining the best of youth and experience, Robert's band The Fairest and Best delivered instantly memorable hooks, exhilarating four-part harmonies, and an amazingly varied mix of musical genres – from pure delicious pop to heart-wrenching ballads and driving rock – all wrapped in arrangements packed with genuine emotion.

Their debut EP "When I Feel like This" made quite an impact:

1. Licensing: Three all-network sync licensing contracts (The Discovery Channel, Fox Sports and The NASCAR Network) plus contracts from thirteen individual shows - including I Am Cait, The Real World, Bad Girls Club, Total Divas and three Kardashian shows (none of which the band has ever watched!)

2. Radio: added to the playlists of over 100 radio stations across North America.

3. Awards: Two runners-up awards in the 2015 Dallas Songwriters Association Song Contest, semi-final in the 2016 "Song Of The Year" contest, and being added to the City of Toronto's "Music 311" playlist.

Their follow-up single "It Could Be You" - a fundraiser about the plight of refugees was named runner-up in the 2018 "Songs for Social Change" Songwriting Competition, and also claimed 4th place overall in the 2016 Dallas Songwriters Association Song Contest. Their new single and video "Celebrity" dropped on Jan 1st 2018.

"It sounded like Huey Lewis and the News were having sex with Supertramp while Steely Dan watched (smoking a cigarette)...... "

.....a trippy, eclectic collection of pop, rock, and blues – with hints of jazz and soul – accompanied by some stand-out musicians and vocalists....... a big range of emotional and musical expression .... combines the whimsical poignancy of Beatles storytelling with the dark social commentary of The Police’s “Synchronicity II”.....(Life With More Cowbell)

In its short existence the band established a reputation for wildly entertaining live shows. They showcased at Canadian Music Week, Indie Week, POP Overthrow, YYX LIVE and performed at several of Toronto's premier venues including The Horseshoe, Lee's Palace, The Silver Dollar, The Cadillac Lounge, and The Cameron House. The songs, which were written by Graham, garnered award recognition from the BILLBOARD WORLD SONG CONTEST, and the DALLAS SONGWRITERS ASSOCIATION SONGWRITING CONTEST (among others), secured licensing deals in Australia and Italy, radio airplay in several countries, and were featured in the Canadian feature film"Clean Break", and the Australian feature film "From Parts Unknown" - Fight Like a Girl!"

Robert Graham back at the Riverton Bar and Grill

I just can't get enough of the Riverton Bar and Grill!

Back to rock the Harbour Bar at the E Shed markets!

Robert Graham at the Carlisle Hotel and Distilllery

It's been awhile but I am happy to be back!

Robert Graham at The Belmont Sports and Rec Club!

Back at the Club!

Back at Bethanie Illawong

Glad to be back!