Growing up both in British Columbia and Western Australia, from an early age Robert Graham divided his time equally between honing his skills as a classical piano player and attempting to learn every pop/rock song on the radio! He continues the journey in Perth as a professional musical journeyman, creator and collaborator.

Together with his songwriting and performing, Graham maintains a career as a Music Director, pianist, vocalist, vocal/repertoire coach, and choir director, and has worked on numerous Theatre productions across Canada and Australia.

Follow up singles followed, and a new EP - this time with his Toronto-based band The Fairest and Best (www.fairestandbest.com). "When I Feel Like This" was added to the playlist of over 100 radio stations across North America and elicited three all - network sync licensing contracts (The Discovery Channel, Fox Sports and The NASCAR Network) as well as contracts from thirteen individual shows - including I Am Cait, The Real World, Bad Girls Club, Total Divas and three Kardashian shows - none of which Robert has ever watched!

"It Could Be You" - a song written to highlight the plight of refugees worldwide was runner up in the 2018 "Songs for Social Change Songwriting Competition" and placed 4th overall in the 2016 Dallas Songwriters Association Song Contest. A new single - "Celebrity" was released in 2018. In 2019 Robert was awarded a Toronto Artscape Foundation Launchpad Bursary and a year earlier the Douglas Cowling Memorial Bursary for Liturgical Music. 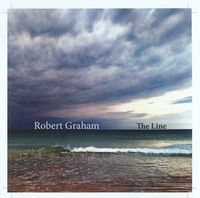